I’m not exactly sure when it happened, but at some point in the early 2000s I discovered a hot guy who lives on a farm and likes to wear red and blue.  He also has the ability to make plaid shirts look like they’re back in style.  His name is Tom Welling aka Clark Kent, Kal-el, or Smallville.  From the moment I started watching a random episode of Smallville I was hooked.  Tom Welling, Clark Kent, Kal-el, Smallville…whichever name you want to call him has a way of melting girls hearts around the world…including mine!!!

I don’t catch The CW at my home, so every year I wait for Smallville to come out on DVD.  It’s been a number of years since I watched it on television.  Throughout the season I go to The CW online to catch up on what’s happening in the series and see if there are any full episodes I can watch.  Last week I was in pure bliss because my Smallville DVDs arrived in the mail…the Complete Ninth Season!!!  So last week I had my secret love affair with my Smallville DVDs and watched them whenever I had a chance to catch up.  And every year when I finish the season I can’t wait for the next season to begin…but I don’t catch the CW…boooooo!!!  Season 10, which is also the final season of Smallville (tear), premieres this Friday, September 24th.  We normally go to our friend Merlin’s house on Friday nights…so I may have to borrow his TV for an hour or so this Friday…aaannd maybe every Friday thereafter.  After all every girl needs time to kick off her shoes, escape from reality and drool over modern day superheroes…:P 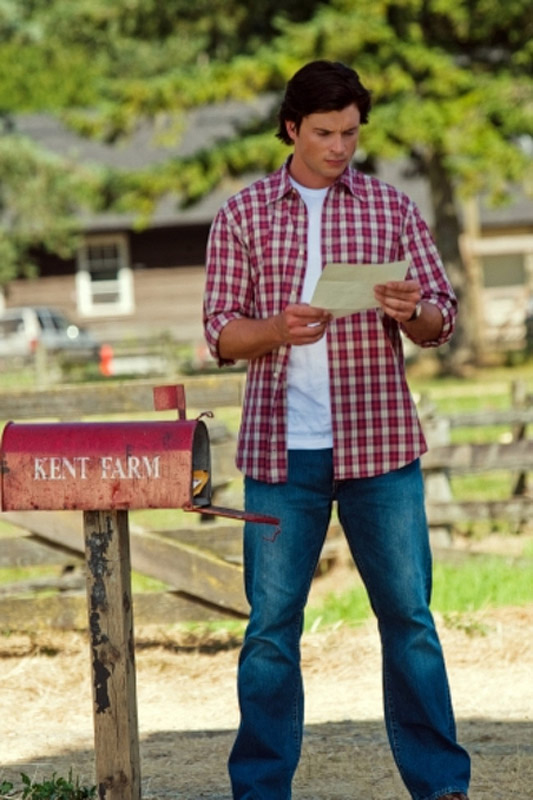 Don’t worry, there are other superheroes out there after Smallville goes off the air!