So I am loving ABC Family!!!  I never used to pay attention to any of the shows on ABC Family, but I’ve since discovered that these shows are actually pretty entertaining and I enjoy the storylines.  My new favorite show on ABC Family is The Lying Game, which is about identical twin sisters who have recently found each other and are now trying to find their birth mother.  It kills me every time I watch it, because I want to know the answers to all of my questions!!!  I won’t list any of my questions here just in case you haven’t watched the show and you decide that you want to start watching…hee-hee.  Most of the shows are based around the lives of teenagers, but I promise the shows are fun and they will want to make you come back for more!!!  Here are some of my favorites… 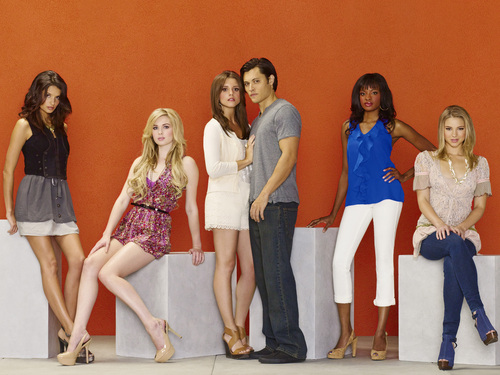 Pretty Little Liars-This show is filled with so many mysteries and unanswered questions.  The storyline is based around four friends who are being tormented by secrets and the mysterious A.  It has me on the edge of my seat every time I watch it…and of course it makes me crazy because I have so many questions and I want to know who is “A”?!?!?!

Lincoln Heights (This show is off air, but you can still view the episodes of all 4 seasons on abc.com or hulu.com)-This series is about a family who has moved into a poorer part of town as part of a police project-living in the neighborhoods that they patrol.  The series follows the trials and tribulations of the family as they settle into their new neighborhood, make new friends and overcome gang/youth violence.

Make it or Break It-A teenage series based around gymnasts and how gymnastics affects the regular teenage lives they yearn to have.

Switched at Birth-This series is based around the storyline of two girls who were switched at birth.  They have discovered the truth and their two very different families are trying to get to know one another.